Festival promotes Thai Nguyen tea products in “The quintessence of Vietnamese tea” was the theme of the 2015 Thai Nguyen Tea Festival.

The prominent attendees at the event, the third of its kind, were Politburo member and standing member of the Party Central Committee’s Secretariat Le Hong Anh, Deputy Prime Minister Nguyen Xuan Phuc. 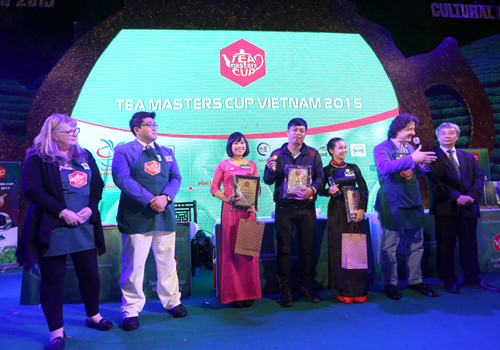 Addressing the opening ceremony, Deputy PM Phuc hailed the significant achievements the tea sector has gained to date, as well as joint efforts made by relevant ministries, sectors, localities, enterprises and farmers. He also highlighted the support international friends have provided for the development of the tea sector in Vietnam, hoping that more and more tea branches of Vietnam will become renowned in the international market. The Deputy PM expressed his belief that the provincial Party’s Committee, authorities and people will continue upholding their tradition, turning Thai Nguyen into a hub of economics, culture and education in the northern mountainous region, thus contributing to the nation’s development and protection.

Chairman of the provincial People’s Committee Duong Ngoc Long, who is also head of the Organisation Board, said the Thai Nguyen Tea Festival has helped introduce Thai Nguyen tea products to more domestic and international friends. The festival, with the participation of such key international partners as Malaysia, the Philippines, Indonesia, the Republic of Korea, Japan, Thailand, Brunei and Russia, has also helped promote the culture and landscapes of the province while introducing local potential and drawing more investment in the locality.

Festival promotes Thai Nguyen tea products, the event also saw 20 d elegations from many tea areas across the country, enterprises, trade villages, cooperatives and thousands of visitors attend. There were dozens of art performances, featuring the cultures of all ethnic groups across the nation. And Festival promotes Thai Nguyen tea products. The Tea Master Cup competition, the first of its kind in Vietnam, was also among the highlights of the event. The competition aimed to select the most outstanding individuals to represent Vietnam at the international tea making competition in the Republic of Korea in 2016.